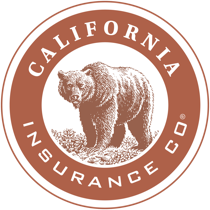 Attorney General acts to protect New Mexico’s regulatory integrity, its general economic stability and the availability of insurance in a state that is 60% Hispanic and Native American

Sacramento -- June 14, 2021 -- News that New Mexico’s Attorney General has moved to intervene in a lawsuit in which the California Insurance Company (CIC) is opposing the unusual action the California Department of Insurance (CDI) has taken to block CIC’s redomestication to New Mexico, was greeted favorably by the Company’s officials who have long sought leave to move to the new jurisdiction.

On Friday, June 11, New Mexico Attorney General Hector Balderas, Jr. filed a request to submit amicus curiae briefs in support of CIC in the lawsuit aimed at enjoining the CDI from reversing its original approval of CIC’s move and from its subsequent actions to stymie the Company and its redomestication.

In his submission to the court, Attorney General Balderas supports the claims made by the Company in its efforts to be released from CDI’s unusual hold on the Company and the approved redomestication. According to Mr. Jeffrey Silver, Esq., Executive Vice President and General Counsel of the Company: “We applaud Attorney General Balderas’ forthright action recognizing that our position is valid and also that the CDI has acted in a manner that hurts his state since the presence of the California Insurance Company in New Mexico means jobs, enhanced insurance availability for the state’s majority minority (Hispanic and Native American) consumers, and tax dollars for the State.”

As chronicled by the Attorney General in his petitioning for an amicus filing, the Attorney General has underlined faithfully and accurately the events that led to this action. According to Mr. Silver: “In mid-October 2019 the Company, as part of its buyout from Berkshire Hathaway, sought the CDI’s permission to move to New Mexico, whereupon the State of New Mexico held a hearing to approve the change of domicile. The hearing was attended by several regulators from states in which CIC is licensed. Approval was unanimous, including that of CDI officials. The Company, an A+ rated, highly respected insurer, had begun to plan its move to New Mexico with regulators there, when, in November, California regulators suddenly and shockingly acted to block the move with the unusual, exotic imposition of a conservatorship.”

The amicus filing would support the views of many veteran insurance observers who expressed incredulity and dismay at the CDI’s seemingly cavalier use of its power. The purpose of a conservatorship is for insolvency or when policyholder danger exists. Mr. Silver further noted: “California had already approved the redomestication, together with the approvals of several other States’ insurance regulators. The subsequent conservatorship action was among the most unusual ever seen, that is, using a mechanism created for cases of potential policyholder peril to accomplish the irrational blocking of a solid financial entity. This is a first: the CDI has never before used the conservation proceeding for anything other than financial concerns. Thankfully, now a most creditable petitioner has indicated he will join in the case to help move it to a just conclusion and to enable New Mexico’s regulators to continue their critical processes, currently frustrated by the CDI’s actions. As an ‘A’ rated company with an excellent track record in serving all of the communities in states where we issue policies, we are deeply concerned over the fact that the CDI has used several questionable means, illegal and otherwise, to block our progress. Apart from the fact that the CDI’s actions serve neither the taxpaying citizens of California nor its insurance consumers, the CDI continues to hand the California public costly legal bills for this unnecessary, now interstate level conflict that serves to benefit only plaintiff attorneys.”

Mr. Silver continued: “By contrast, New Mexico’s Attorney General Balderas has taken a brave step toward protecting the best interests of his fellow citizens. We have been frustrated for over a year and a half that our efforts to have the merits of the case heard have been thwarted. We are confident that once we have our day in court, this matter will begin to receive the legislative and legal attention that is warranted. This public agency, the CDI, could have produced long term gains for California’s public and its insurance community as an insurance availability crisis in the state looms. Instead, the CDI has sent a discouraging message to all insurers in the state and to those wishing to offer policies to Californians.”

Mr. Silver concluded: “By contrast, the properly prioritized public policy approach taken by Attorney General Balderas to protect his state on several levels is exemplary. He recognizes that the redomestication, as approved, is good for all parties and does not merit further delays.”